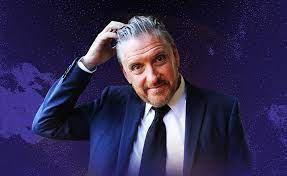 (ET Online) – Craig Ferguson is making his way back to late night! The 60-year-old comedian and Sony Pictures Television have plans to launch a 30-minute syndicated talk show this fall called Channel Surf With Craig Ferguson. So far, no network or premiere date for the show has been announced, as it is still being shopped around. […]