Tune in to Vintage Gold Classics every Saturday from 9-11am on Oasis 96.3 with Bob Francis.

Bob Francis is the radio name of Robert Francis Smith. He worked in radio for five years back in the mid-1970’s, while a part-time member of the Pennsylvania Army National Guard. After that stint Bob went full-time into the Guard and served honorably until retirement at age 46 in 1998. He retired as a senior Noncommissioned officer, Sergeant First Class.

Still not ready to go back to radio, Bob helped his wife run a boarding kennel for dogs, and taught college-level graphic design.

Another chance to serve as a civilian with the Guard happened and Bob worked another ten years, covering the Guard in action during many crises, including Hurricane Katrina. His video and audio reports were heard around the world on the Pentagon Channel and Armed Forces Radio.

He retired again in 2010. In 2012, after an unfulfilled stint at local radio, Bob set his sites on creating a program that stations needed, listeners loved, and was fun to produce. The answer was Vintage Gold Classics. 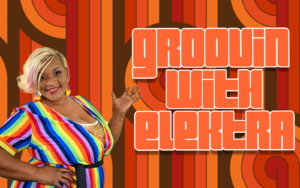